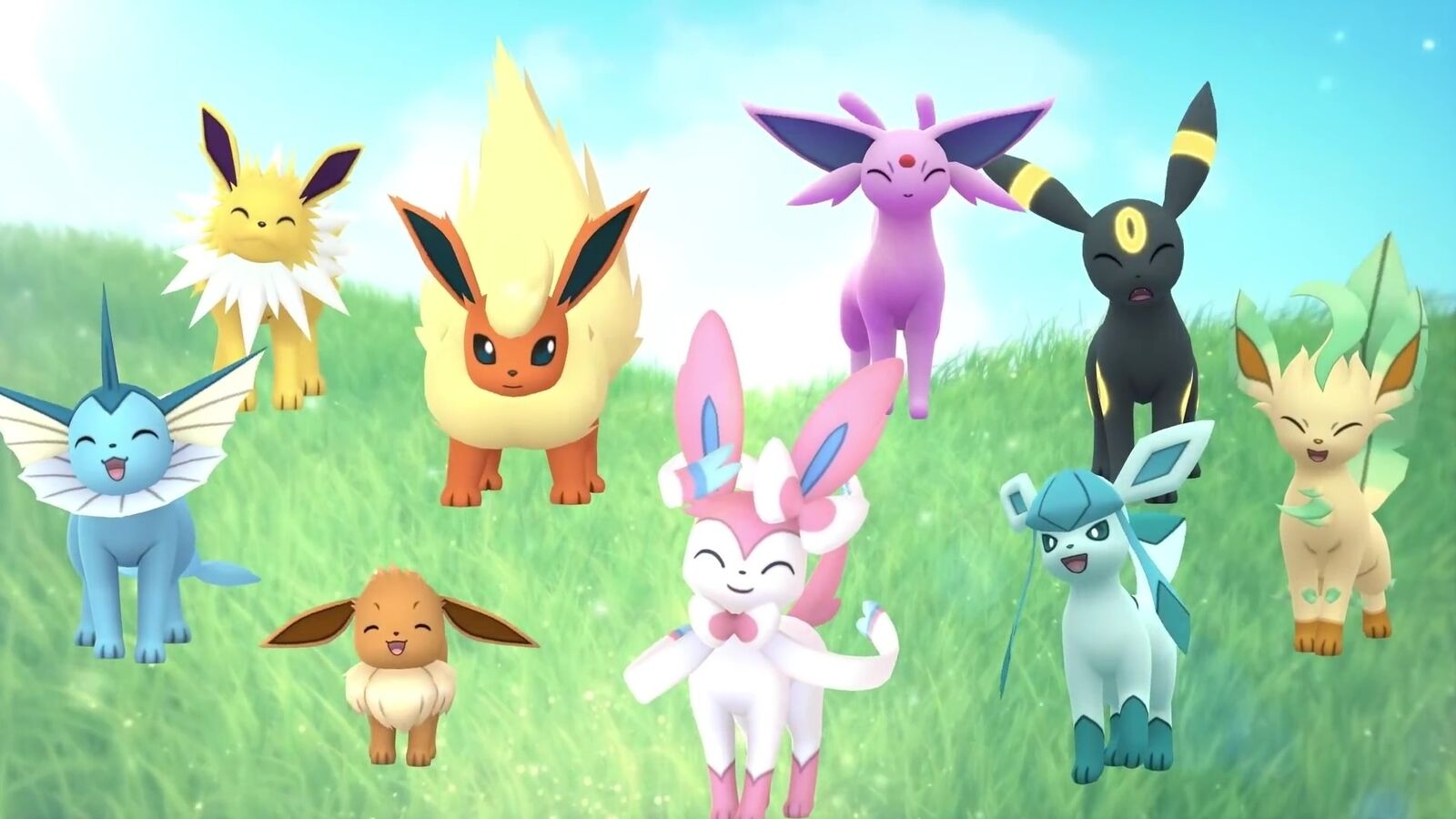 These evolutions offer you a wide range of abilities. So, you must carefully choose those evolution options depending on your preferences. The requirement for accomplishing an evolution might differ in each case.

Sylveon is a good evolution option for Eevee on both Pokemon Go and Arceus. The information given below should help you know how to evolve Eevee into Sylveon. Apart from the steps to do so, we will also look at some necessary information.

You have to use the Buddy system in Pokemon Go to evolve Eevee into Sylveon. But, that is not the only way to evolve. You can also rename Eevee as Kira and evolve it into Sylveon with 25 Eevee Candy. The latter method is surely easier and takes much less time. But, you can use it only once to evolve your Pokemon. The same does not apply to the former method.

You can evolve your Pokemon through the Buddy system whenever you have enough Buddy hearts. If you are wondering, you need 70 Buddy Hearts to evolve Eevee into Sylveon. There are various ways to earn them as we shall see later on.

How to Evolve Eevee into Sylveon By Renaming it?

Many players have reported that they were able to get Sylveon by renaming Eevee. So, you might want to try this method to accomplish the evolution. You must launch Pokemon Go on your device to proceed with that. Then, click on the Pokemon ball at the bottom and open the Pokemon option. Select Eevee and then rename it to ‘Kira’. Also, make sure you have the 25 Eevee Candies as mentioned earlier.

How do you Gain Eevee Candies for the Evolution?

You can get some Eevee candies when you catch the Pokemon. But, that would not be enough for the evolution to form Sylveon. So, you must take some other steps as well. And, that includes feeding berries to Eevee in gyms or transferring the Pokemon to the Professor. Hatching the Pokemon from an egg also gives you some candies related to the Pokemon.

How to Evolve Eevee into Sylveon Using Buddy Hearts?

Do you prefer the method of using Buddy Hearts for evolution? Then, you need 70 Buddy Hearts, as mentioned earlier. In other words, you need to achieve the Great Buddy level with Eevee.

Once you have done that, you should see the ‘Evolve’ option below the Pokemon. Then, you must simply click on this option to evolve Eevee into Sylveon. This method might take longer, and you might want to take some steps to speed up the process. In that case, you simply need to earn more Buddy Hearts.

How to Earn Buddy Hearts in Pokemon Go?

You can apply various methods to earn more Buddy hearts quickly. Walking together with your Pokemon provides you with the most number of Buddy Hearts. You can get up to 4 Buddy Hearts with this activity.

Are you trying to evolve Eevee into Sylveon in Pokemon Legends: Arceus? Then, the evolution methods differ significantly from Pokemon Go. In this case, you must increase your friendship level with Eevee to evolve it into Sylveon.

Apart from that, you also need to teach it one Fairy Move. Eevees mostly come with a default fairy move. But, if your Eevee does not have that, replace a Normal move with a Fairy one.

You should get the option to evolve it into Sylveon once you have fulfilled these requirements.

How to Raise the Friendship Level With Eevee?

Is your Friendship Level with Eevee currently insufficient to evolve it into Sylveon? If your answer is yes, then there are various ways to increase it quickly. But, you might have to spend more time on the game to try them out.

Keeping the Pokemon in your party is a great way to steadily raise the friendship level. And, you can achieve the same by battling it regularly or making it collect resources.

Many players have said that talking to Pokemons has also helped them increase their friendship level. You can do that in the game by taking Eevee out of its Pokeball. Keep an eye on the evolution option while working to increase the friendship level with Eevee.

What Other Evolution Options are Available for Eevee on Pokemon Legends: Arceus?

As you might know, there are various evolutions possible for Eevee on Arceus. So, here are some other evolution options for Eevee and their requirements:

All of these evolutions offer a wide range of attributes to Eevee. You might also be able to guess their attributes from their names. Regardless, you must also consider the aforementioned evolutions for Eevee apart from Sylveon.

Why Evolve Your Pokemon?

Would you miss out on the chance to learn a specific move by evolving Eevee? Then, you might want to delay the evolutions to Sylveon in such cases. Otherwise, there is no reason to cause such delays. After all, evolving your Pokemon makes it stronger and adds new attributes. It also offers completely new looks and forms for your Pokemons.

Previous post Verizon Fios 5G Not Showing Up? Here’s How to Fix it

Next post Discord Strikethrough Text: How to Cross Out Text? [Revised for 2022]