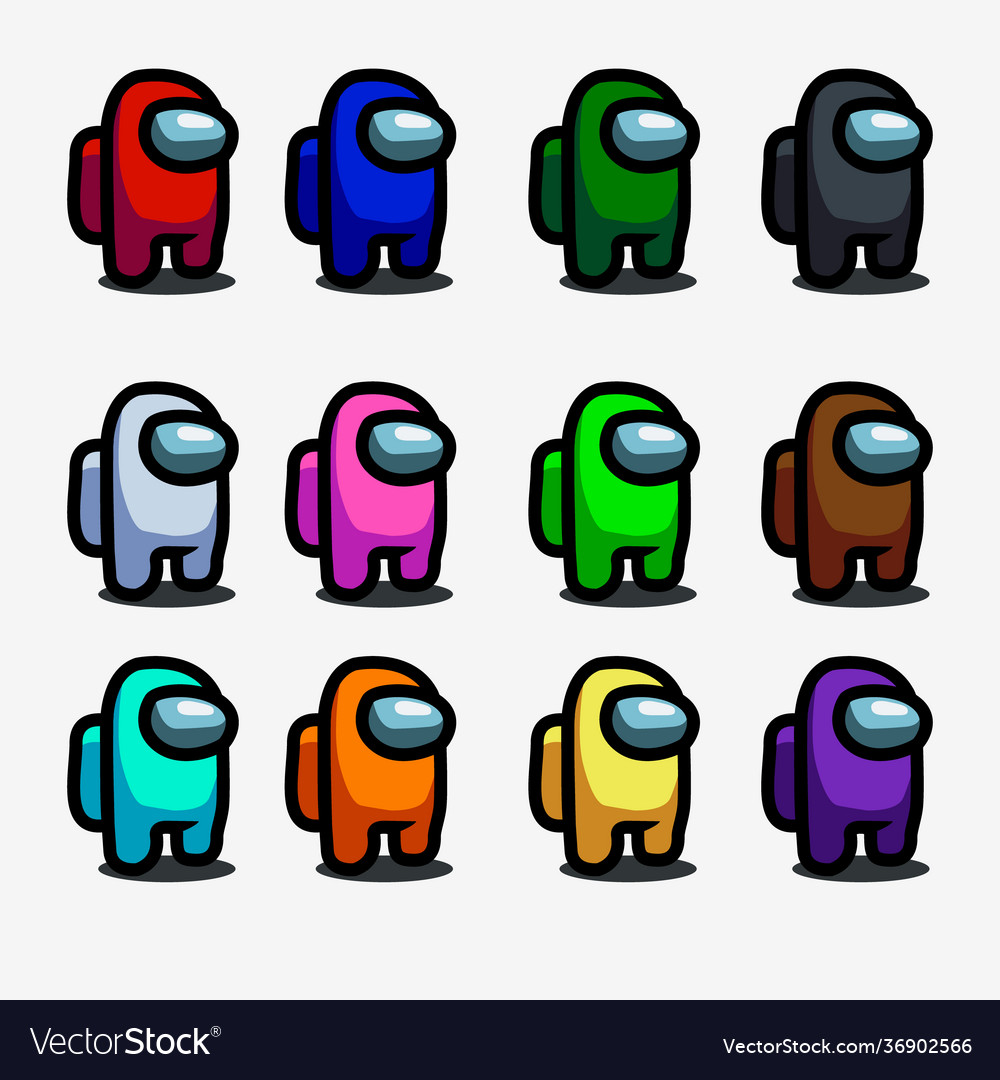 Among Us is an online multiplayer game that was launched in 2018. However, the game earned its reputation during the COVID-19 period. If you are new to this game, then you should be aware of the genre of this game. Among Us is mostly a survival game with a hint of the murder mystery.

At first, 4 to 10 online players can join Among Us. The Among Us characters are really interesting. They are dropped on an alien spaceship. Each player gets assigned a private role and everybody is called a crewmate. Additionally, there is at least one impostor whose target is to kill everyone else. The impostor doesn’t accomplish any of its tasks.

Other crewmates’ task is to identify the impostor along with completing their designated tasks. In case crewmates fail to detect the impostor before the game is over, then the impostor wins. Currently, there are 18 different Among Us characters available in the game.

Let’s get to know them better so that you can plan the game strategically.

What are Different Among Us Characters & What do they Mean?

Crewmates or little humanoids are the Among Us characters. They come in different colours, but they don’t have any backstories. Additionally, they have got no names. Yet, you can distinguish them by their unique colours.

Well, you can rename your character and customise it according to your preferences. You are free to change your character’s space bodysuit colour. In addition to this, you can add accessories, such as skins, pets, and hats. However, there is a difference between the impostor and other crewmates’ tasks.

For example, use, report, security, vote, admin, customise, and vent are the crewmate abilities. Whereas, impostors are assigned to sabotage, vent, kill, and shift or shape-shift. A few actions can only be performed by the characters if and only if they are alive.

Let’s get to know the Among Us characters comprehensively.

Among Us Character: Red

Red is one of the most interesting characters in Among Us. The Red character is mostly interpreted as an impostor. Because red indicates danger and Among Us flashes red whenever sabotage occurs in the game. However, the Red Among Us character might not always be the culprit.

The game randomly disburses the abilities among crewmates and impostors. So, it will be a silly mistake if you continue deducting according to the character colours.

Among Us introduced the Blue crewmate with all other original characters. This character seems to be very ordinary. This minor character appeared first in Among Us Logic 7 and Logic 13. The Blue Among Us character reminds us of a normal pedestrian all along with the lobby. However, we can’t avoid the chances of Blue being an impostor.

Green Among Us Character

As found in Among Us promotional posters, Green can be an impostor. But, this is not rigid and the crewmates can be assigned different tasks as per the game demands. We have also noticed the Green character with Orange and White characters.

And, they have been discussing something important during a meeting. Players can choose the Green character or anything else at their convenience. However, Green is not on the players’ favourite list, reportedly.

Yellow Among Us Character

Players have come across the Yellow character as an admin on the admin page. The same character appeared with a Mini crewmate and robot in a promotional poster. The Yellow Among Us character also appeared wearing an elf hat and it can fly with a jetpack as seen in the Christmas poster.

Moreover, the Yellow character also appears as a dead boy in the How to Play’s 6 and 7 pages. You can visit the Among Us Logic or How to Play section to understand these characters in depth

Here is another crewmate in the Among Us game. According to players, the Orange crewmate is very close to Cyan and Green. Whenever there is an emergency meeting, the Orange character mostly appears beside the Green character. Players just have to click the ‘Discuss!’ button.

Among Us Character: Black

Another controversial Among Us character is the Black. Black is generally a colour code associated with mischief. Previously, players used to call the Black character Grey since there was no Grey character in the game.

However, the Black character gets the vent and sabotage actions to perform throughout the game. Additionally, you can find it as an impostor in the How to Play section and in advertisements from Among Us.

If you are looking for the in-game announcement character in the game, then it’s the White Among Us character. This character generally holds a megaphone to make the public announcement.

If you want to prove yourself as less-suspected, then you should go for the Purple character. According to available posters, Purple seems to be an innocent crewmate. However, you can’t deny that it can also be an impostor. Generally, this character has appeared as either a fixer or a dead body.

Recently, the Purple character has appeared as a dead body in the featuring poster of Among Us during Valentine’s day. In the same poster, the Lime character played the role of an impostor.

Brown Among Us Character

The Brown character is in the 11th position in the popularity lists of players. Its distinct characters never got displayed in any of the promotional posters of Among Us except for wearing the Dum sticky-note.

Among Us Character: Cyan

If you watch promotional content from Among Us, you will mostly find the Cyan character. This Among Us character might be the younger sibling or child of the Green and Orange characters. All these three characters appear in a family frame in the wallet of the player.

Lime Among Us Character

This character has appeared twice in the promotional game content. However, this character quits the gameplay in rage when the game doesn’t assign it as an impostor. On the other hand, the dummy crewmates can’t turn into a Lime character in Freeplay. Because, the developer introduced the Lime character during a game update.

The speciality about the space bodysuits is that there are too many colour options for Among Us characters. Tan is one of the original colours when developing the Among Us game. But, the developer decided to take a backfoot and discarded the Tan character at launch.

Coral Among Us Character

It is a very interesting colour as the players got the opportunity to decide on the latest character bodysuit for the June 15 update. The battle was between the Coral and the Olive characters and the Coral one won. Thus, Coral has become one of the latest additions to the Among Us game.

Players don’t know much about this character as the developer hasn’t disclosed any information regarding this. But, the Maroon Among Us character has appeared on a few promotional posters. Its colour might appear to be a bit different from the in-game character.

Other Among Us Characters

You have already learned about 15 Among Us characters and their probabilities as crewmates. And, there are 3 more characters remaining in the gameplay – They are Rose, Banana, and Grey.

The game developer announced their additions to the game in May 2021, and they actually got into the game on 15 June 2021. However, Among Us has never discussed much trivia and lore regarding these Among Us characters.

Additional Info about Among Us

Among Us is mostly dependent on communication with other online players. You can definitely play this game on Windows, iOS, and Android platforms. If you’re a beginner, then you should know a few tricks apart from Among Us characters. Try starting the game faster than other participants. You can pretend that you’re accomplishing dedicated tasks.

In addition to this, report as soon as possible whenever you come across a dead body. If you have to sabotage others, keep avoiding so in front of other participants and cameras. Keep in mind that only impostors can utilise vents. Check the Among Us logic to learn more about the gameplay.