Calling gets easier with the help of the connection provided by your carrier. But sometimes, the network of your mobile carrier can face a problematic situation. But, having a good Wi-Fi connection can resolve this. There are several applications available that will help you in calling your friends and dear ones with the help of Wi-Fi.

Most of them are freeware, so you don’t have to pay any money. These types of applications take the help of internet connection and perform VoIP calls. If you are not familiar with the VoIP calls, then just keep a note that it is very much like the normal calls that you dial to talk. But, the only difference is that they are called internet calling apps.

Android OS is developed by Google. So, every android phone has this application pre-loaded. The app has the ability to sync all the text messages, call lists, contacts, and others in more than one android devices. With the help of the internet connection, you can send text messages and call your friends.

Here is also another name among internet calling apps that serves the same purpose of calling and text messaging with the help of the internet. In addition to that, you can also video chat with anybody. The applications come absolutely free and it is free. There is also another version of this application which is called FringOut. It is not free, but the package rates are very cheap and affordable.

Skype is one of the most well-known free calling and video chatting applications. It comes directly from the desk of Microsoft Corporation, the software giant. The application is available for both a desktop version and mobile. Recently, with the help of some analysis, tech experts have suggested that Skype has crossed more than 100 million downloads. With an easy user-interface, more than 600 million people, globally, use Skype for official and personal purposes.

It is directly linked with Facebook, the world’s leading social media platform. Previously, Facebook had its own chatting interface. But now, after the successful development of Facebook Messenger, it is now collaborating 100% with Facebook. Apart from chatting in text, you can call through audio, as well as video.

Moreover, the messenger also allows you to play games like chess, ludo, various games of cards and others. The application also has its LITE version known as Messenger Lite. It is smaller in size and helps in saving your phone’s memory and a recommendable name among internet calling apps.

One of the most lightweight applications for video chatting. Unfortunately, there are no facilities for sending text messages. But, if you cannot connect to the person whom you are calling, then there is also an option for sending a video message to the receiver. Previously, there was no facility for group calls. But now, a group calling facility has been introduced. You can add your friends and chat with them all together.

A fantastic application for free calls and messages. There is an interesting thing about this application — You can earn rewards as much as you call and text your friends. You will only get this facility in the paid version, not in the free version. Several users have stated that, after an update, they had to face a bit of difficulty in running the application. If you are using the free version, then it is better not to complain much about it.

WhatsApp is owned by Facebook. With the power of contacts synchronization, you can chat and video-call those people who have your cell phone number and vice-versa. The end-to-end encryption of text messages and calls makes internet calling apps one of the most secured software ever developed. In addition to that, the two-step verification also helps in securing your text messages. Whenever any unauthorized person tries to access your account, he/she must know the code that you have set. If he/she is unable to provide that, the access will be denied by WhatsApp.

A simple text messaging and calling application with a user-friendly interface. The application is not free, you have to upgrade to the premium version for calling any numbers. The more you call, the more you will earn credits. After that, there are multiple options to redeem them.

If you look closely at the application, you can send something more along with the text messages. Various types of emojis, the customized messaging possibility is also present. In this type of message, you can add greetings through voice-mails, drawings and many more. Both the PC and mobile phone version are there for your convenience.

Snapchat is very popular for its text and picture messaging ability. Apart from free audio and video calls, the application comes free of cost. But, you can only send text and call those who use Snapchat. It is one of the most beautiful internet calling apps available for Android and iOS users.

Viber will allow you to maintain the peer-to-peer protocol between the two devices. When you are using the application via PC, the person sitting opposite to you must do the same as you do. The exact thing happens in the terms of mobile also. Just like the other applications, you can send voice messages, texts, emojis and others.

If you are planning to sync your mobile contacts with the application, then this feature is not available for free. You need to upgrade it. The application has an excellent interface in both PC and mobile versions. Moreover, the developers have launched the iWatch version for Apple Watch owners.

Also read: Tired Of Your Slow Computer? Make It FAST Again With Xtra-PC

There will be no carrier charges while using all of these applications. You can use multiple applications in your device depending upon your communication requirements. All the internet calling apps are there in PlayStore and AppStore, safe and verified.

Not only are they free from any kind of bugs, but also their payment platform is safe in terms of monetary transactions. Those applications which are available for smart and iWatches, will not show all the features.

In this type of cases, you have to understand that the PC, mobile and Watch interfaces are not the same. There are some functions that will not be available in the watches. According to the design and user-interface, it will give you access to those functions which are compatible, as well as accessible. 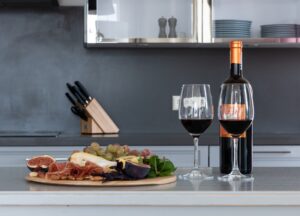 Next post Easy Hacks To Troubleshoot the Most Common iPad Problems