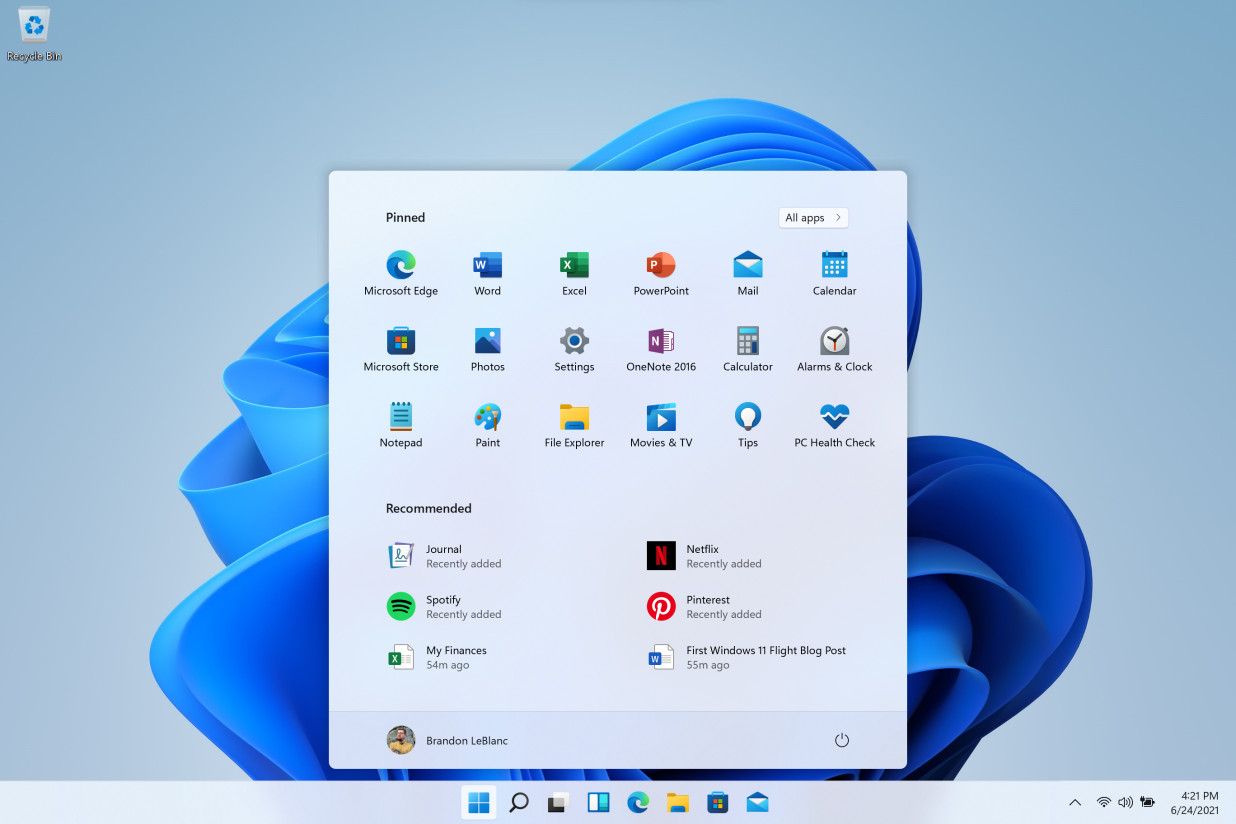 Microsoft is rolling out the Windows Insider preview build to dev and beta channels. This new update is going to improve the user experience, as the developers have made significant improvements to this Windows build.

However, many faced compatibility issues, and Microsoft has resolved this problem from the Insider Preview Build 22593.

Windows 11’s File Explorer’s default homepage is renamed to “Home”. Microsoft added a “Quick Access” feature in the toolbar to pin the folders and apps. Users can also find these recent and pinned files from the Windows search box. Moreover, there is a Windows Snap assist feature in build 22593. It lets you access the snap layouts by pressing the Windows and Z keys together.

Users get a Pen menu on this Windows 11’s new build. It will help you to access the frequently used programs on the latest PCs and laptops. You can now directly open the Microsoft Store from the Windows 11’s pen menu. Besides, Microsoft journal will be pinned by default in the taskbar in the recent build.

Here are the fascinating features of Windows 11 Insider Preview Build 22593:

Microsoft introduced a memory integrity feature in Windows 11’s recent build. It will prevent hackers from inserting malicious code into the latest devices. This high-end security feature is enabled by default on Windows 11 devices.

However, Windows will disable this feature after installing the new build. Users have to turn on this feature from Windows Security in such instances.

Didn’t get “Memory Integrity” in the Windows Security tab? Then, double-tap on “Device Security” and select “Core Isolation” afterwards. A new window will appear on the Windows 11 PC or laptop’s screen. Look for “Memory integrity” and toggle on this security option.

Additionally, check whether the Windows Security icon is displaying on the system tray. If yes, open it and check if it displays any warning message. The “Windows Security” icon will turn yellow if this feature detects malicious activities. So, you get to protect the PC from cyberattacks by using this feature.

Microsoft also updated the Pashto keyboard layout in the preview build 22593. You can now directly access the “ې” and “ئ” letters from the keyboard. Besides, users can input “ظ” and “ط” by holding the Shift key and the aforementioned letters.

Microsoft improved the performance of rearranging the taskbar icons in the recent build. The apps were unexpectedly opening after you closed them in the previous update. Moreover, it prevents the users from accessing a new app. This issue is solved in the Windows 11 Insider program preview build 22593.

Besides, the icons won’t overlap the date and time in the taskbar even if too many apps are open. The taskbar will no longer disappear when writing something in the search box. Microsoft also added a new tablet-optimised taskbar in Windows 11. This feature will only work on laptops that can be converted into a tablet.

Moreover, enabling the tablet-optimised taskbar is also easy. Press the Windows and I keys together, select “Personalisation”, and tap on “Taskbar”. Choose “Taskbar behaviours” and wait until the following window appears on the screen. Then, enable “Optimise taskbar for touch interactions when this device is used as a tablet”.

Which Taskbar issues did Microsoft Resolve in Windows 11 Preview Build 22593?

In certain Windows 11 devices, the Notification Center takes time to reload. Microsoft has addressed this issue and is trying to solve it as soon as possible.

Microsoft updated the folder’s design in the Start menu. The app’s size is slightly bigger in the Windows 11’s search box. Moreover, the search icon on the taskbar will no longer flash when closing the Start menu. Users can rename a folder from the Start menu in Windows 11 build 22593. Press the “Esc” button to close the Start menu after changing the file name.

The Windows and X key combination wasn’t working in the previous build. However, you can use that to access the Start Menu on Windows devices.

Is the Startup prompt not appearing when holding the Windows and X keys together? Switching to Windows 11 preview build 22593 update will be the best solution.

Windows 11 users can now use the left and right keys to expand the Settings page. Users can change the battery or power configuration from the Settings menu. Microsoft has also changed the custom colour picking utility’s position in Settings. It will appear in the centre of the window frame and not in the sidebar.

Microsoft fixed an issue that was causing the Settings to crash when using Focus Assist. It has solved the Windows Spotlight error in Windows 11. Moreover, there is an updated text description for voice typing in build 22593.

Do you want to write the document in Japanese? Head towards “Accessibility” from “Settings” and tap on “Speech”.

Moreover, users were unable to check the real-time update speed in the previous update. The Task Manager also blocked the users from updating the app or OS. However, you can fix these issues by upgrading the Windows 11 build.

Changes Microsoft made in the Live Captions

Microsoft removed the Live Caption notification associated with audio playing from multiple apps. The Live Caption’s border will match the style of all other borders in contrast to themes. Moreover, this Windows 11 feature’s position won’t change while switching from one app to another.

Has Microsoft solved the Explorer.exe Issues from Windows 11 Insider Build 22593?

Users experienced issues while accessing the explorer.exe files in the previous build. It used to stop responding when using other apps. Besides, the Task Manager also failed to show explorer.exe in the background app list.

However, Microsoft resolved this issue from the Windows 11 preview build 22593. You can now open the File Explorer window without hassle. So, try out the new update and increase your productivity.