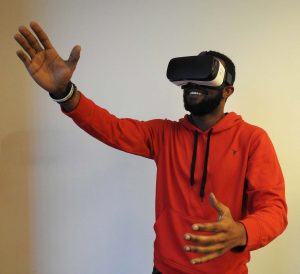 Virtual reality looks set to revolutionize many traditional market sectors as it opens up the ability to simulate environments and situations that would otherwise be too dangerous to experience in person.

It can also be used to create training scenarios ahead of real-world application, or be applied therapeutically to enable people with a variety of physical or psychological ailments to receive targeted interventions. There is also a coming shift in the entertainment sectors, where video games, sports broadcasts, traditional television programming, and live events will all be able to take advantage of the immersive environments that Virtual Reality offers.

We have been living with the concept of VR since as early as the 1980s, but it is only in recent years that the technology has reached a sufficient level of sophistication to make most potential applications viable. This is in no small part due to the rise and ubiquity of smartphones and the advancements made in optics, accelerometers, miniaturization, and displays. These innovations are what make next-generation VR headsets like the Oculus Rift possible.

As early as 2016 there were over 230 companies on record as developing virtual reality related environments and products. All of silicon valley’s “big tech” corporations are investing heavily in the technology, including Google, Apple, Facebook, and Amazon. Current projections suggest the VR market is set to grow to a valuation of 62 billion dollars by 2027.

VR tech is still in the process of reaching wider adoption among video gaming enthusiasts. The current headsets are often prohibitively expensive for the casual gamer and very few Triple-A titles have been developed specifically for VR. The most promising developments come in the form of Playstation VR, previously known as Project Morpheus. It features tighter integration with Playstation hardware and has platformed some exciting VR-centric gaming titles in recent years like slow-motion minimal “bullet time” shooter, Superhot VR. With the launch of the PS5, this trend looks set to continue and we can expect to see many more titles both being ported to PS VR or being developed specifically for the hardware.

Traditional gaming sectors are also exploring the latent possibilities of VR technology. Gaming platform PokerStars recently unveiled its VR iteration on classic online poker play. Their software, available through the Oculus Store, Stream and Viveport, utilizes a VR headset to immerse you in lush, visually stunning environments where you can play against opponents from around the world with your avatar. This blending of gaming with more traditional entertainment formats is a trend we expect to see growing as VR effectively blurs what were once clear distinctions between mediums.

Training applications are one of the most significant areas of investment for VR at present. In medicine, VR training environments and scenarios have been in use for several decades and are growing in sophistication all the time. These enable trainee surgeons to practice high-risk procedures safely in order to hone their abilities and ultimately save lives.

This is paralleled in aviation, where virtual cabins train domestic pilots in the use of their airplanes without ever having to leave the ground. We will increasingly see such methods expand into the areas such as engineering and the sciences where the benefits of enabling people to become highly skilled at their work without incurring high costs or risk is especially beneficial. 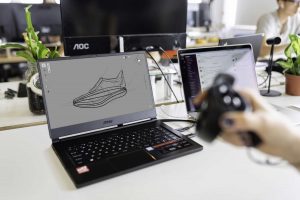 In the field of psychology, VR has been trailed in the use of exposure therapy to simulate conditions that trigger phobia complexes in patients in a safe way, with the hope of deconditioning the severity of their reactions. Likewise, there have been early yet promising indications of treating various types of post-traumatic stress disorder similarly.

The scope of VR is such that, within a few years, it will be possible to simulate near-life like environments. It is hoped that therapies will emerge to assist those suffering from Alzheimer’s disease that may be able to assist them with recall and communication by simulating familiar or recognizable events or people. Early studies show positive indications to this end, and with more people living longer than ever before this will be a key area to watch in the future. 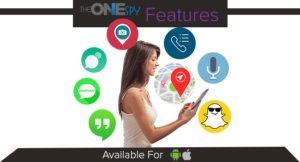 Previous post How To Monitor Social Media With Spy App 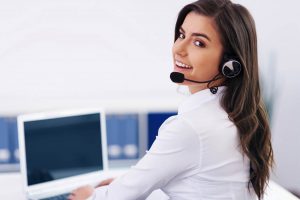 Next post Why Do You Need A Customer Service Department?