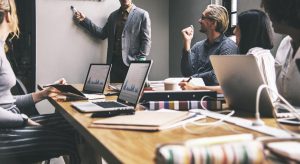 Singapore is a really strong place to set up and start a business. Really the heart of Asia, yet with a solid British as well as an American influence, Singapore has the closest legal and financial structures to the British and Americas.

This makes Singapore a really stable place to do business. unlike other Asian locations such as China, Thailand, or Vietnam.

Great Britain rules Singapore from 1819 to 1963, and because of this, the vast majority of its legal and banking, and financial systems, the essence of trade, are Western orientated rather than Asian orientated.

This Western Influence contributes to stability. Modern Singapore has never been overthrown by a military coup. And Singapore has the 36th largest per capita GDP in the world.

Applications are easy to establish a business in Singapore, the application process is online, typically the permit process takes only a day, and foreigners are welcome partners in Singapore business circles.

Read more “Legal Entities: Which Is The Best Fit For Your Business”.

Around one-third of all Singapore residents and workers are foreigners not native to Singapore.

In order to set up a business in Singapore, you will need a Singapore registration service, but if it’s a new business, all the registration company needs are proof of our Singapore overseas residential address, a copy of your passport, and a description of your intended business.

If you are establishing a branch office of an existing foreign corporation, then you will need a few more things such as a Register of Members/ Shareholder, a register of directors, and a certificate of your existing corporation.

In order to register a company in Singapore, you need a share capital with a minimum of Singapore dollars, a minimum of 1 local director, 1 company secretary, and a physical Singapore registered office address.

About the only exception to the 1-day time rule is your company wants to use a name that is claimed or infringes on another company, or your company is in a specialty business such as medicine, law, or finance that requires a special license to operate.

Singapore has a world-class, friendly business ecosystem. Singapore has hundreds of Fortune 500 R & D labs and is the principal beneficiary of over 150 venture capital funds.

Singapore is #1 in Asia for regional or global headquarters within Asia, and without question the leading innovation center within Asia.

Singapore also produces an incredibly high percentage of refined oil in the world.

In addition, Singapore’s Port Authority has been named number one in the world for the fourth time in a row.

Singapore has over 21 bilateral and 41 Investment Guarantee Agreements.

These free trade agreements, which are legally binding between various nations guarantee that trade within Singapore to various Asian and European countries operates smoothly.

One of the fantastic things about Free trade agreements is that businesses acquire access to preferential markets, which significantly reduces investment costs.

In addition, Free Trade agreements allow businesses to avoid or to reduce significantly the payment of import tariffs.

In addition, there are 10 regional free trade agreements.

Free trade is the basis of many business deals and is a part of why Singapore has among the highest GDP per capita in the world.

It also makes Singapore a great place to live and the local economy benefits greatly by reduced prices for goods, some of those goods which are then turned around to benefit local small business.

Singapore Changi International Airport is one of the busiest airports in the world, transporting over 62 million passengers per year.

Many of those passengers are flying business class to the over 400 direct destinations that fly from Singapore.

There are also a great many corporate jets flying from Singapore the vast majority of them flying to Thailand, Vietnam, Korea, Japan and China.

Corporate contracts often need to be finalized in hours, and the air network from Singapore facilitates that.

In addition, companies such as UPS and FedEx ship a great deal of air freight from Singapore. Quick delivery of products often make the difference in sealing trade deals and contracts.

Changi International Airport has added 3 new airlines in the last year along with 2 freighter hubs.

In 2020, for the 8th year in a row, Changi International Airport was voted the World’s Best Airport by the World Airport Awards.

The cargo hub alone handles over 2 million tons of cargo each year, one of the busiest not only in Asia but in the world.

Singapore is a virtual nerve center for financial funding. There are over 124 commercial banks, a few hundred financial fund managers, and over 500 capital market services licensees.

Altogether, according to the World Investment Report, over 92 Billion Dollars worth of Foreign Investment flows into Singapore every year.

A huge part of this investment is due to the stable legal system in Singapore which was set up by the British when Singapore was a colony.

Fairtrade and enforcing business contracts, together with the tremendous banking system and financial institutions is what makes Singapore a great place to do business.

A very attractive feature of Singapore as far as foreign investment is concerned is its tax structure.

With certain exceptions, foreign income is exempt from Singapore taxes unless the income is repatriated back to Singapore.

And those who do not meet all the thresholds for an income exemption are able to apply for an exemption, one that is frequently granted.

Another advantage of being based in Singapore is the ability to attract top talent. Many foreign entities do not pay their employees directly in Singapore but rather arrange to pay them overseas. As a result, foreign workers pay no dividends include tax.

This is a corporate advantage that is not available in many other countries. Only directors are taxed.

There are an estimated 37,000 international companies in Singapore, of which over 7,000 are Multi-national companies. Not bad for a country with a 5 million population and 728 square kilometers.

Many of those companies are manufacturing outlets, as nearly 25 percent of the entire countries GDP is driven by manufacturing.

Not only is Singapore’s manufacturing rate growing at around 35 percent every couple of years, but we are not talking about textiles and trinkets such are produced in China.

As indicated earlier, 5 out of the top 10 drugs in the world are produced in Singapore.

Singapore is the 4th largest producer of high-tech manufacturing products in the world. Everything from robots to high-tech medical equipment is manufactured in Singapore.

And though management for most multi-national companies comes from places such as the US, Great Britain, Germany, France, and Switzerland, locally every company needs a trained, educated work staff.

Singapore ranks 2nd in the world by the Global Talent Competitiveness Index.

The government of Singapore constantly reaches out to industry to find out their needs for work-staff, and once they obtain that input, programs are put in place in important educational institutions to ensure that there are trained Singapore resistance and guest-workers capable of fulfilling those needs.

Singapore is one of the best places in the world to do business. The government has consistent policies to ensure a business-friendly environment, including foreign tax exclusions, and there is an unbelievable web of infrastructure: finance, legal, banking, shipping, and more allowing businesses to foster and grow in Singapore.

Singapore is one of the most stable governments in the world, and its gateway to Asia also makes it an ideal location.