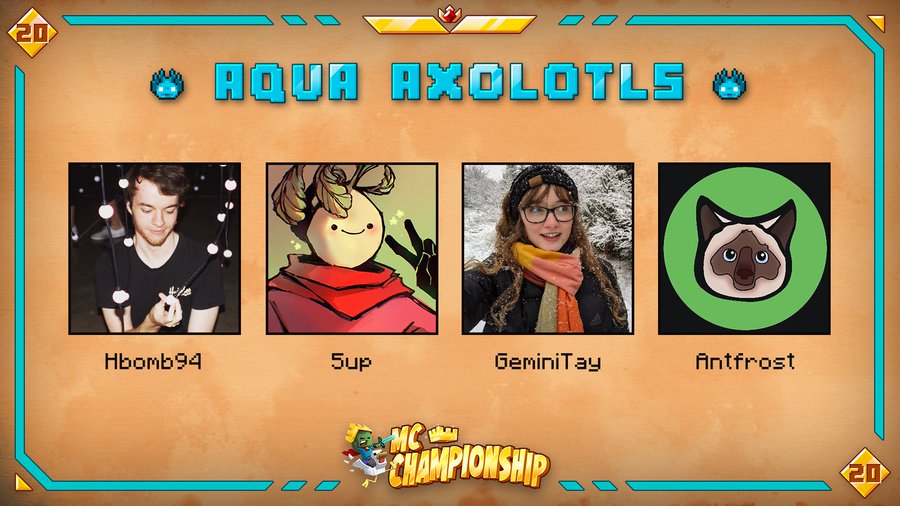 Like all online multiplayer games, Minecraft has a lot of skilled players as well. And, you can view their skills every month on the Minecraft Championship. This championship is called MCC in short and is one of the most significant Minecraft events. You can find players from all across the world there.

MCC has quite a long history, and you might be waiting for the next event. If you have not viewed earlier events, you might want to view the next one. After all, you can always hope to see more impressive players in each MCC than in earlier ones.

The upcoming information contains all you need to know about ‘When is MC?’ and other things about the championship.

What is MCC and How is it held?

These mini-games are mainly designed to test the various skills of the players. The skills being tested can be called essential for Minecraft. So, you have a chance to join the championship by having the necessary Minecraft skills.

As for the next MCC, you need to watch Noxcrew’s official website. They are the ones who organise this championship. And, they will let you know about the next MCC event whenever it is time. So, you should keep an eye on their website to know the MCC schedule for the current month.

How to Join the MCC?

Apart from when is MCC, many people might also want to know how to join it. If you have the same question, you should know that you cannot register for this tournament. The organisers of this tournament, the Noxcrew community, invite players to join it. So, this is an invite-only tournament, and there is no way to sign up.

But, you still have a chance to participate in the Minecraft Championship after all. You might have to enhance your skills significantly to get invited. And, you might get noticed by the organisers if you do that. Unfortunately, that is the only way to play at the MCC right now.

Which skills does the MCC Test?

Do you aspire to be a part of the next Minecraft Championship? Then, you have two things to do- enhance your Minecraft skills and check when MCC is.

Here are some of the necessary skills you might have to work on:

You have many other things to do in Minecraft than fighting with opponents. But, combat is still one of the essential skills you need in the game. It can often help you ensure your survival in the game world after all.

Especially so, in events like the Minecraft Championship, where you compete with other players. Moreover, some of the games in the MCC are designed to test your combat skills.

As mentioned earlier, you would be in a team with 3 other players. And, you would have to face highly skilled opponents. So, teamwork is one of the essential skills to help you get to the top position. It can make quite a lot of difference to your performance in the MCC. Also, some of the mini-games will put your teamwork skills to the test.

Surviving in Minecraft requires more than combat and teamwork. So, you also need to work on other skills required for survival. And, you might need quite a lot of improvement in your survival skills. And, that includes collecting resources, crafting and building among other necessary ones.

Parkour is a skill that is more important in Minecraft than you might have thought. It can help you a lot in evading and chasing enemies after all. So, you must work on increasing this skill as well. It will surely help you a lot in defeating your opponents in the MCC. Also, the championship includes some mini-games with parkour maps to test this skill.

What Mini-Games have Featured in the MCC?

As you might know, the MCC does not feature the same games every time. So, you might see a different variety of games in the next championship than you saw in the previous one.

But, to give you an idea, here are some mini-games that have featured in previous MCCs:

In this mini-game, you must replicate a structure that is already built. Each team would get an empty plot on the map to complete this task. The team that replicates the structure better would get more coins.

In Ace Race, you have to race your opponents across the map. And, you have to complete three laps within 12 minutes to qualify. The winner of the race receives 400 coins that can help them improve their position in the tournament. This mini-game offers challenges in the form of traps and water on the map. It also features shortcuts that you can use for winning the race.

Hole in the Wall

This mini-game is as fun as it is challenging. Players spawn on a rectangular platform and must jump through holes in walls coming toward them. Meanwhile, the platform gets smaller and you must avoid falling off it. This mini-game is quite popular and has featured in several previous Minecraft Championships.

The Battle Box is another PvP mini-game that has featured in previous MCCs. In this mini-game, the competing teams must place wool at the center of the map. And, they can fight against other players to prevent them from placing their wool there.

What is the Winning Prize?

Many people might wonder about the winning prize in the Minecraft Championship. In case you are curious about the same, there is no winning prize. The tournament is simply for fun and is all about showing your Minecraft skills. You can spectate the team you support only on Twitch.