World maps are a common feature in most online games out there. However, there are some exceptions to that, as you might know. But, you can use other ways to know your location on the map in such games. Coordinates are a commonly used alternative for maps in many games. Minecraft does not use any maps, and you can use coordinates on it.

However, the coordinates are disabled by default in the game. So, you need to turn them on to start using them. Go through the instructions given below to know how to turn on coordinates in Minecraft.

Before that, we must look at some other essential information regarding Minecraft coordinates.

How do Coordinates work in Minecraft?

The coordinates on Minecraft work in the same way as they do in all other games. In case you do not know how they work, learning that might be worth it. After all, they are a very useful tool in Minecraft, as we shall see.

Minecraft uses the three-dimensional coordinate system that you probably know about. It consists of 3 axes: X, Y and Z. You would find them given in the format (X, Y, Z) after enabling coordinates. They help you know your location on the game map for various purposes.

X is one of the three coordinates and indicates a specific distance on the horizontal plane. And, it might indicate east or west of the point of origin. But, how do you know which one of the two directions it indicates? In case you are wondering, that is quite simple. A positive value of X indicates a distance towards the east of the origin. And, a negative one indicates a distance toward the origin’s west. So, you can say that the X-coordinate is the length of the map.

The Y-coordinate is used to indicate a specific distance on the vertical plane. In other words, it indicates a distance up or down from the point of origin. So, you can use it to know the altitude of your location. You can call the Y-coordinate the height of the map.

How to enable the Coordinates in Minecraft

Do you want to use coordinates to know your location in Minecraft? Then, the steps for doing that depend on the game’s version. Proceed with one of the following methods depending on the Minecraft edition you are playing:

You can check your coordinates on the Java edition of the game by pressing a key. After all, coordinates are enabled by default in this game version. Press F3 to bring up the debug overlay on your screen.

You will find a wide range of information on this overlay. Look for the “XYZ” among the lines and check the value next to it. And, that should be your coordinates on the map.

The Bedrock edition is the cross-platform version of Minecraft. And, it does not have the coordinates enabled on it by default. So, you must enable this feature through the Settings menu on this game.

Navigate to the Game section in the settings and view the World tab. Then, toggle on the switch next to the Show Coordinates option. The coordinates will appear on the game’s screen as the “Position”.

So, press “/” on your keyboard to open the game console. Then, type in “/gamerule show coordinates true” and press Enter. This should make the coordinates visible to the players on the server.

Types of Positions in Minecraft

You can find the coordinates for a position on the game map, as we have seen. Not only that, but you can also find the position of an object or location relative to the player. The former is the absolute word position, and the latter is the relative player position.

This position indicates the distance of an object or location from the game map’s origin (0,0,0). So, it remains constant regardless of the players’ position. You can use it to find an important location or teleport to a specific location.

The figures in these coordinates begin with a tilde (~), and indicate the distance between the player and a specific object or location. And, it is calculated the same way as the absolute world position.

However, it differs based on the players’ position, unlike the previous position type. You must also keep in mind that the player is two black tall in the game. So, the coordinates (~0, ~2, ~0) would indicate a location right above the head.

Why Use Minecraft Coordinates?

You might need to collect various types of important resources and items on Minecraft. And, coordinates can help you know where they are. You can remember the coordinates of a location to go back to it later on.

And, in case you are wondering, using coordinates is not cheating at all. The game lets you enable it, after all. And, the aforementioned steps can hopefully make that quite easy for you. 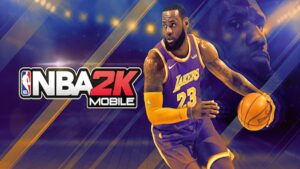 Next post Where to Find the Soothe Bell in Pokemon BDSP?