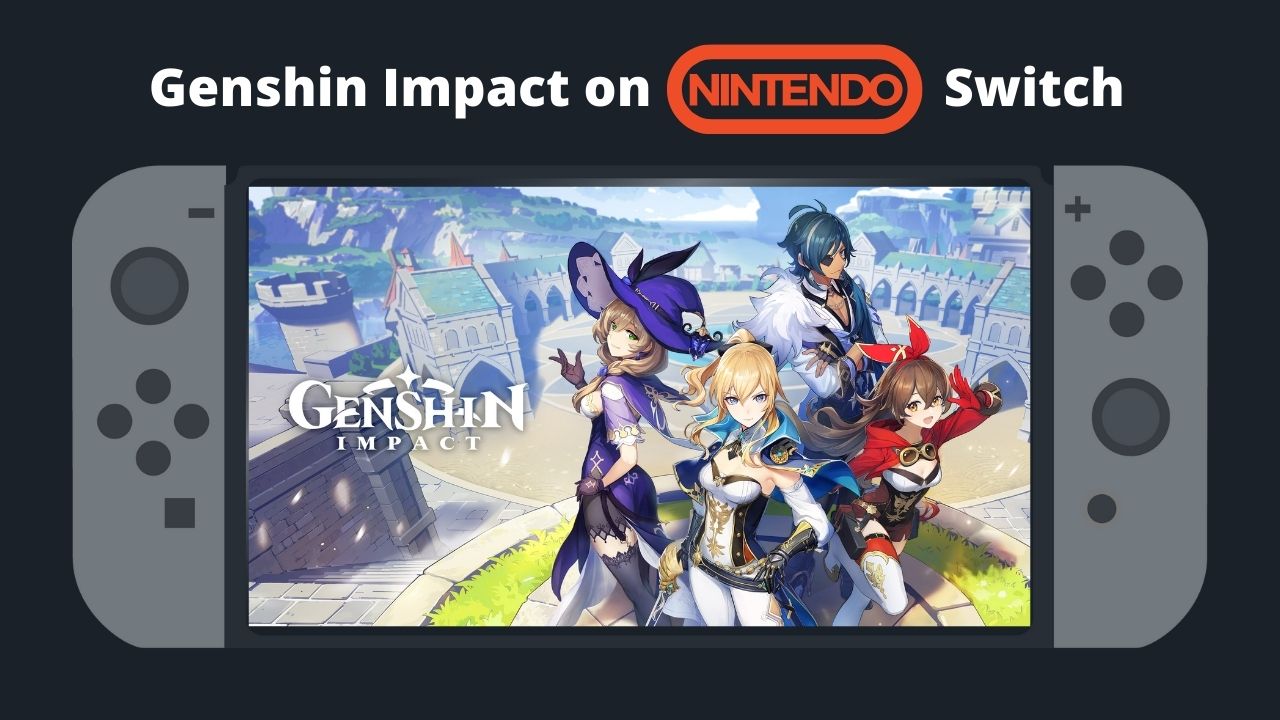 It’s been two years since MiHoYo announced the Genshin Impct’s release on Nintendo Switch. The developers didn’t give any updates about this game in recent years. Genshin Impact was about to be launched on the gaming consoles at the end of 2021. But, certain issues were noticed during the test.

Thus, MiHoYo is taking time to resolve the game issues. It can be expected that this game is going to be available this year. Moreover, the company confirmed that the project is still in development on May 5. But, the release date is yet unknown.

Gamers thought that MiHoYo had stopped working on this project Because Nintendo Switch has certain technical limitations. It takes almost 304MB to install the Genshin Impact switch on compatible devices. However, the Nintendo Switch console can only store 32GB of data.

Want to know more about this role-playing game? Here are a few details about that:

Is there any Expected Date for the Genshin Impact Switch Release?

The developers shared the game trailer in January 2021. And, they also stated on which platforms this Genshin Impact will be released. Xin Yang claimed that the players can enjoy this game on Switch within a few months.

However, the company didn’t share any further details about that. So, play the game from phones until it becomes available on Nintendo Switch.

What are the Latest Updates on Genshin Impact?

Though Nintendo didn’t share any Genshin Impact-related details, the developers are updating the game every six weeks. MiHoYo introduced the RPG game’s version 2.6 recently. And, he introduced a new character Kamisato Ayato in the game.

Additionally, you will get a new map location named “Chasm”. It is an expansion of the previous Liyue map. Moreover, this new game update provides more details about the Kamisato Clan. The gamers will get the option to defeat the enemies in the Inazuma region.

Genshin Impact became one of the most played games in 2022. And, there are many reasons behind that. It is easy to play and allows the users to choose the difficulty level. Moreover, you can unlock the game’s map and characters without hurdles. Gnesin Impact also undergoes constant content updates. Further, the developers fix the bugs and glitches within a limited time.

Where Else Can You Play Genshin Impact?

It is not clear when Genshin Impact is going to be available on Nintendo’s Switch. But, you can still play this single-player game on other platforms. Genshin Impact Switch works on the latest Android and iOS devices. Additionally, you can play this RPG game on Windows PCs.

Do you have a PlayStation 4 or PlayStation 5? Genshin Impact is also available there. However, ensure there is enough space on the device before installing the game. Remove the temporary files to create more storage. Then, follow the instructions to download Genshin Impact:

How to Download Genshin Impact Switch on Android Devices?

You need Android version 7.0 or above to download the game. Additionally, there should be at least 8Gb of free space on the smartphone. Connect the device to Wi-Fi, and open the Google Play Store first.

Head to the search box and write “Genshin Impact”. Tap on the “Search” icon and select the correct game name from searched results. Choose “Install” and wait until the download is complete.

Open the game, and when the home screen opens, locate “downloading resources”. It may take a few hours to download the in-game items. Close the background apps to avoid interference during the download process.

How to Download Genshin Impact Switch on an iPhone or iPad?

The iPhone needs to have iOS 9 or above and 8GB of free space to download the game. Do you use iPhone 5s or 6 Genshin Impact won’t support these iOS devices? It is important to have the latest iPhone to play this adventure-based game. Moreover, you can install this game on iPad Pro, iPad Mini and iPad Air.

Do you have a compatible iOS device? Then, connect the iPhone or iPad to cellular data or Wi-Fi. And, access the App Store to find the Genshin Impact game. Tap on “Get” when the game window pops up on the iPhone/iPad screen. Open the Genshin Impact and download the game resources such as maps or weapons.

How to Download Genshin Impact on Windows Gaming PCs?

The developers set a few requirements to play this game on PCs. The device should have 30Gb of disk space and at least 8GB of RAM. Ensure the gaming device has Intel’s Core i5 or i7 processor. Additionally, it needs to have Windows 10 64-bit operating system.

There should be an NVIDIA GeForce GT 1030 graphics card. And, DirectX Version 11 in the advanced Windows device.

Do you use a Windows 7 SPI 64-bit PC? You can play Genshin Impact there. But, you might get lagging, and FPS drop issues while playing the game. Thus, you should get the latest gaming PC to explore this multiplayer game.

Open Genshin Impact’s official site after checking the system requirements. Select the correct operating system and tap on the download link. Wait for the game installation to complete. And, then open Genshin Impact, select “Allow”, and download the in-game resources.

What are the Requirements to Download Genshin Impact on PS4 or PS5?

It is pretty easy to download Genshin Impact on PS4 or PS5. But, you need to check a few factors before the installation. Ensure there is at least 23 GB of free space on the console. And, then open the PSN store and look for the RPG game. Click “Download” and access the game after 3-4 minutes. Open the game library and download the items that you require.