Secure Boot prevents malicious software from loading when the PC starts. However, it often prevents the device from booting; instead, a BIOS or UEFI screen appears. We would suggest not pressing any BIOS keys, which can generate more problems in the Windows 11 PCs.

Usually, an outdated BIOS triggers this problem in Windows devices. A faulty GPU can also prevent the computer or laptop from booting. Are you experiencing this issue only when the secure boot is enabled? Then, it could be due to the outdated solid-state drives. Windows users can even face this booting error due to system file corruption.

Microsoft recently patched a booting defect caused by the earlier Windows update. If you don’t install the recent hotfix, the PC won’t boot when the secure boot is enabled. Moreover, the PC will be stuck in the startup window for using an incompatible partition style. Switch from MBR to GPT partition to restart the device without hassle.

Why is the Windows 11 Device not booting after Enabling Secure Boot?

There are several reasons behind this booting error, and the faulty CMOS is one of them. The PC’s motherboard battery can damage due to overuse. Thus, try to replace it after every three-four years to avoid this technical glitch.

Moreover, there is a high chance that the computer isn’t booting due to faulty power units. To overcome this problem, check whether there is no wear and tear in the power cable or outlet.

You might experience this issue when connecting an external HDD to the PC via a USB port. Disconnecting the storage device from the computer will resolve the issue. Besides, a corrupted bootx64.efi.file can prevent the PC from turning on. Run an antivirus program to detect and remove the problematic file to fix the booting issue.

Resolving this booting error is pretty easy. You may also take an expert’s help to fix this complicated Windows 11 error. But, you can solve that without any external help. However, you must first address the source of this Windows 11 issue. Once you find that, follow these solutions to eliminate the booting issue:

Reset the BIOS by Removing the Motherboard Battery

The Windows 11 PC won’t boot if the motherboard battery stops functioning. Users need to remove the existing battery and replace it with a new one to fix the issue. You will find a switch on the latest Windows 11 PCs to remove the CMOS.

However, you won’t get this feature in the PCs which were designed before 2021. If you use an old Windows 11 device, follow these tapes to remove the motherboard battery:

Turn off the Windows 11 computer or laptop by pressing the Power button.

Enable the Secure Boot feature and turn off the device afterwards. Wait for a few minutes, then turn on the Windows 11 PC. It will restart the computer without further displaying the BIOS or UEFI screen.

Every Windows 11 user must update the device’s BIOS after three to four months. It will add new features and resolve the booting issues. However, you should back up the data first before installing the latest BIOS. Ensure the device is connected to the power adapter throughout the updating process.

Certain factors must be checked before updating the BIOS. First, you need to check the PC’s BIOS version. Press the Windows and R keys simultaneously and write “msinfo32” when the “Run” box appears. Hit the Enter button to open the “System Information” window. Then, find but the BIOS version, note down this information and close the page.

Additionally, you need to verify that the device has more than 70% battery level. Checking the PC or laptop’s serial number is also important while updating the BIOS. Don’t know how to do that? Hold the Windows and X keys together and tap on “Command Prompt” when the pop-up menu appears.

Type “wmic baseboard, get the product, manufacturer, version, serial number” and hit Enter. Write down these details, and then close all the background apps. Besides, you need to disable the antivirus program and Windows Defender Firewall.

How to update the Windows 11 Device’s BIOS?

The BIOS upgrading process varies from one PC or laptop manufacturer to another. Access the Asus Download Centre page if you use an Asus laptop or computer. Enter the motherboard’s model and select the right one from the drop-down list. Head towards “Driver & Utility” when the next web page opens.

Additionally, you need to select the “Driver & Tools” to choose the device’s OS. Move towards “Software and Utility” and search for “Asus AI Suite 3”. Click on the download link and choose “BIOS & Firmware” when the window appears. Scroll to the “BIOS” section and tap on “Download” afterwards.

Open the File Explorer window and look for the ZIP file containing Asus AI Suite 3. Double-tap on it to install the program on the Windows 11 device. Restart the Asus laptop or PC when the download is complete. Open the ASUS AI Suite 3 file, tap on “Menu”, and select “EZ update”.

Go to “Manually update BIOS”, select “Ellipses”, and click the BIOS file name. Choose “Update”, tap on “Flash”, and choose “OK” when the confirmation window pops up. Enable the Secure boot feature and turn off the Windows 11 computer. Press the power button, and the device will boot up without showing a black screen.

Search for “Check for Updates” and tap on “Install Now”. It may take at least 15-20 minutes to complete the OS installation process. Restart the PC after installing the Windows update and check if the issue is resolved. If the error persists, opt for updating the solid-state drives as well.

The booting issue can occur after enabling Secure boot due to file corruption. Thus, running the SFC tool will repair the corrupted files and fix the issue. Press the Windows and R keys together and write “cmd” in the Run box.

Press the Enter key and write “sfc/scannow” when the Command Prompt window appears. SFC will then detect the problematic system files and replace them with cached copies. Restart the device after a few minutes and do the necessary work without facing any booting issues. 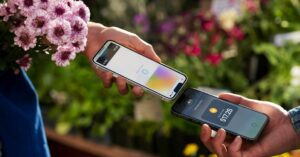 Next post Why Does Windows 11 Keep Re-Enabling Windows Defender?